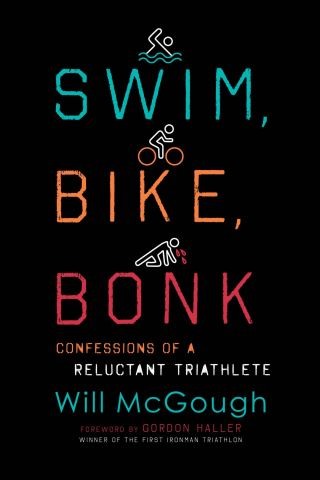 Confessions of a Reluctant Triathlete

Just as George Plimpton had his proverbial cup of coffee in the NFL as the un-recruited and certainly unwanted fourth-string quarterback for the Detroit Lions, so, too, did Will McGough immerse himself in a sport he had no business trying. Like Plimpton, whose football folly turned into the bestselling Paper Lion, travel and outdoor writer McGough writes of his participation in, around, and over the course of one of the world's premier triathlons, the annual 140.6-mile Ironman in Tempe, Arizona. McGough chronicles the Ironman’s history, his unorthodox training, the pageantry of the race weekend, and his attempt to finish the epic event. The narrative follows not just his race but also explores the cult and habits of the triathlete community, beginning with the first Ironman competition in Hawaii in 1978. This is a light-hearted, self-deprecating, and at times hilarious look at one man's attempt to conquer the ultimate endurance sport, with a conclusion that will surprise and delight both dedicated triathletes as well as strangers to the sport.

Will McGough: Will McGough is an international travel writer. He graduated from Virginia Tech and has written for a variety of publications, including Conde Nast Traveler, AFAR, Travel Channel, Outside Magazine, Men's Journal, Backpacker Magazine, Forbes, AAA, Alaska Airlines Magazine, and Popular Mechanics, among others. He lives on the island of Oahu in Hawaii.