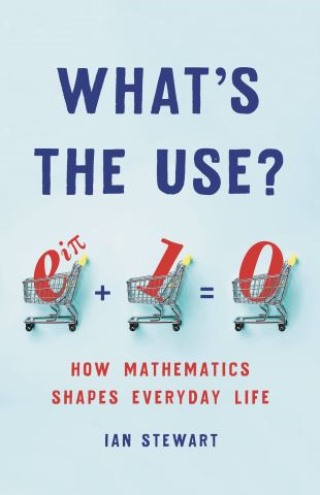 See the world in a completely new way as an esteemed mathematician shows how math powers the world—from technology to health care and beyond.
Almost all of us have sat in a math class, wondering when we'd ever need to know how to find the roots of a polynomial or graph imaginary numbers. And in one sense, we were right: if we needed to, we'd use a computer. But as Ian Stewart argues in What's the Use?, math isn't just about boring computations. Rather, it offers us new and profound insights into our world, allowing us to accomplish feats as significant as space exploration and organ donation. From the trigonometry that keeps a satellite in orbit to the prime numbers used by the world's most advanced security systems to the imaginary numbers that enable augmented reality, math isn't just relevant to our lives. It is the very fabric of our existence.

Ian Stewart: Ian Stewart is Emeritus Professor of Mathematics at the University of Warwick. He is the accessible and successful (and prolific) author of numerous Basic books on mathematics including, most recently, Calculating the Cosmos. Stewart is also a regular research visitor at the University of Houston, the Institute of Mathematics and Its Applications in Minneapolis, and the Santa Fe Institute. He was elected a Fellow of the Royal Society in 2001. His writing has appeared in New Scientist, Discover, Scientific American, and many newspapers in the U.K. and U.S. He lives in Coventry, England.