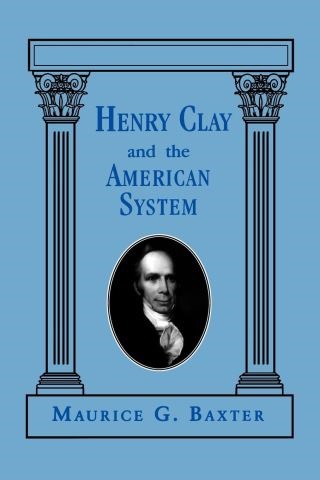 Henry Clay and the American System

This detailed study of Henry Clay and the American System—a program of vigorous economic nationalism dependent on active government and constitutional aspects of what was perhaps Clay's greatest contribution to national policy, a contribution that has received surprisingly little study until now.

During the first half of the nineteenth century the new United States experienced rapid material growth, transforming a largely agrarian, pre-modern economy into a diversified, industrializing one. As Speaker of the House in the years following the War of 1812, and later as founder of the Whig party, Clay argued strongly for the development of a home market for domestic goods so that Americans would not be dependent on foreign imports. This "American System" was originally little more than a protective tariff on foreign goods, but it soon came to encompass a collection of policies that included a national banking system and distribution of federal funds to improve transportation. Baxter reveals the inner workings of Clay's program and offers the first careful analysis of its successes and failures.

Maurice G. Baxter: Maurice G. Baxter is professor emeritus of history at Indiana University. He is the author of numerous books, including One and Inseparable: Daniel Webster and the Union.