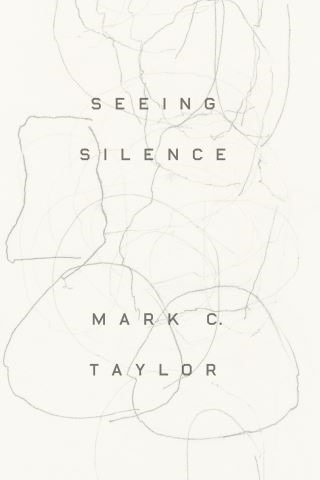 Mark C. Taylor explores the many variations of silence by considering the work of leading visual artists, philosophers, theologians, writers, and composers.

“To hear silence is to find stillness in the midst of the restlessness that makes creative life possible and the inescapability of death acceptable.” So writes Mark C. Taylor in his latest book, a philosophy of silence for our nervous, chattering age. How do we find silence—and more importantly, how do we understand it—amid the incessant buzz of the networks that enmesh us? Have we forgotten how to listen to each other, to recognize the virtues of modesty and reticence, and to appreciate the resonance of silence? Are we less prepared than ever for the ultimate silence that awaits us all?

Taylor wants us to pause long enough to hear what is not said and to attend to what remains unsayable. In his account, our way to hearing silence is, paradoxically, to see it. He explores the many variations of silence by considering the work of leading modern and postmodern visual artists, including Barnett Newman, Ad Reinhardt, James Turrell, and Anish Kapoor. Developing the insights of philosophers, theologians, writers, and composers, Taylor weaves a rich narrative modeled on the Stations of the Cross. His chapter titles suggest our positions toward silence: Without. Before. From. Beyond. Against. Within. Between. Toward. Around. With. In. Recasting Hegel’s phenomenology of spirit and Kierkegaard’s stages on life’s way, Taylor translates the traditional Via Dolorosa into a Nietzschean Via Jubilosa that affirms light in the midst of darkness.

Seeing Silence is a thoughtful meditation that invites readers to linger long enough to see silence, and, in this way, perhaps to hear once again the wordless Word that once was named “God.”

Mark C. Taylor: Mark C. Taylor is professor of religion at Columbia University and the Cluett Professor of Humanities emeritus at Williams College. He is the founding editor of the Religion and Postmodernism series published by the University of Chicago Press and is the author of many books, including Abiding Grace: Time, Modernity, Death.