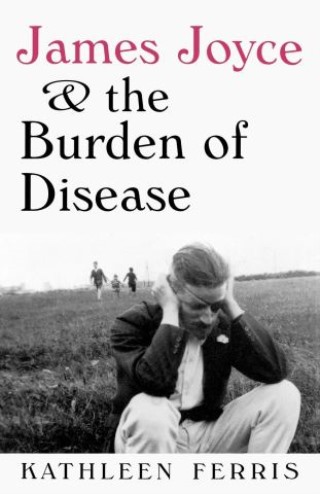 James Joyce and the Burden of Disease

James Joyce's near blindness, his peculiar gait, and his death from perforated ulcers are commonplace knowledge to most of his readers. But until now, most Joyce scholars have not recognized that these symptoms point to a diagnosis of syphilis. Kathleen Ferris traces Joyce's medical history as described in his correspondence, in the diaries of his brother Stanislaus, and in the memoirs of his acquaintances, to show that many of his symptoms match those of tabes dorsalis, a form of neurosyphilis which, untreated, eventually leads to paralysis.

Combining literary analysis and medical detection, Ferris builds a convincing case that this dread disease is the subject of much of Joyce's autobiographical writing. Many of this characters, most notably Stephen Dedalus and Leopold Bloom, exhibit the same symptoms as their creator: stiffness of gait, digestive problems, hallucinations, and impaired vision. Ferris also demonstrates that the themes of sin, guilt, and retribution so prevalent in Joyce's works are almost certainly a consequence of his having contracted venereal disease as a young man while frequenting the brothels of Dublin and Paris. By tracing the images, puns, and metaphors in Ulysses and Finnegans Wake, and by demonstrating their relationship to Joyce's experiences, Ferris shows the extent to which, for Joyce, art did indeed mirror life.