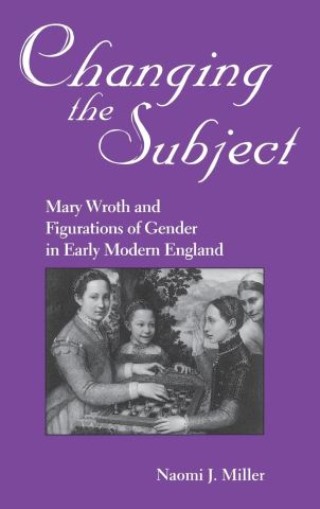 Mary Wroth and Figurations of Gender in Early Modern England

Lady Mary Wroth (c. 1587-1653) wrote the first sonnet sequence in English by a woman, one of the first plays by a woman, and the first published work of fiction by an Englishwoman. Yet, despite her status as a member of the distinguished Sidney family, Wroth met with disgrace at court for her authorship of a prose romance, which was adjudged an inappropriate endeavor for a woman and was forcibly withdrawn from publication. Only recently has recognition of Wroth's historical and literary importance been signaled by the publication of the first modern edition of her romance, The Countess of Mountgomeries Urania.

Naomi Miller offers an illuminating study of this significant early modern woman writer. Using multiple critical/theoretical perspectives, including French feminism, new historicism, and cultural materialism, she examines gender in Wroth's time. Moving beyond the emphasis on victimization that shaped many previous studies, she considers the range of strategies devised by women writers of the period to establish voices for themselves.

Where previous critics have viewed Wroth primarily in relation to her male literary predecessors in the Sidney family, Miller explores Wroth's engagement with a variety of discourses, reading her in relation to a broad range of English and continental authors, both male and female, from Sidney, Spenser, and Shakespeare to Aemilia Lanier, Elizabeth Cary, and Marguerite de Navarre. She also contextualizes Wroth's writing in relation to a variety of nonliterary texts of the period, both political and domestic. Thanks to Miller's sensitive readings, Wroth's writings provide a lens through which to view gender relations in the early modern period.

Naomi Miller: Naomi Miller, professor of English and the Study of Women and Gender at Smith College, is the author of numerous books, including Gender and Constructions of Childhood in the Early Modern World.