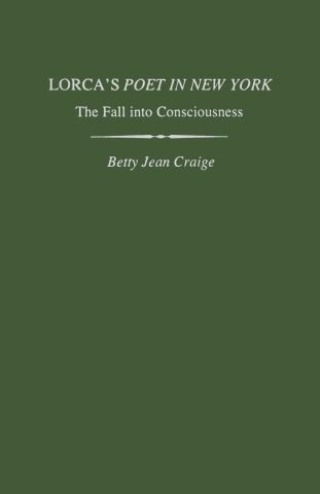 The Fall into Consciousness

Written in 1929–1930, when Federico García Lorca was visiting Columbia University, Poet in New York stands as one of the great Waste Land poems of the 20th century. It expresses, as Betty Jean Craige writes in this volume,"a sudden radical estrangement of the poet from his universe"—an an estrangement graphically delineated in the dissonant, violent imagery which the poet derives from the technological world of New York.

Craige here describes—through close analysis of the structure, style, and themes of individual works in Poet in New York—the chaos into which this world plunges the poet, and the process whereby he is able, gradually, to recover his identity with the regenerative forces of nature. Her study demonstrates that, though seemingly unique in form and motifs, Poet in New York is integral with Lorca's overall poetic achievement.