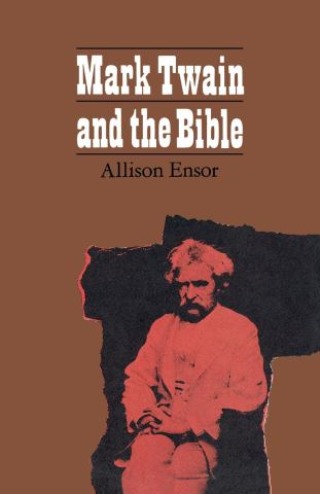 Mark Twain and the Bible

Mark Twain enthusiasts will welcome this study of the great writer's attitude toward the Bible—and of the influence of Holy Writ upon both the man and the artist. While the theological beliefs of Twain have been well documented, Mr. Ensor's study is the first to consider only his familiarity with the Bible and the extensive use of it in his writings.

The Bible elicited by turns pious, skeptical, comical, and even hostile reactions in Twain, but he could not ignore it. Mr. Ensor examines manifestations of these conflicting impulses from the early newspaper articles to the autobiographical dictations; he suggests that from the Bible Twain may have derived three images that recur in his works: the Prodigal Son (Twain often saw himself in the Bad Boy pose); Adam (representing for Twain an unjust loss of innocence he shared with all mankind); and Noah (Twain saw himself as a prophet warning civilization of impending doom).

Allison Ensor: Allison Ensor is professor of English at the University of Tennessee, Knoxville.