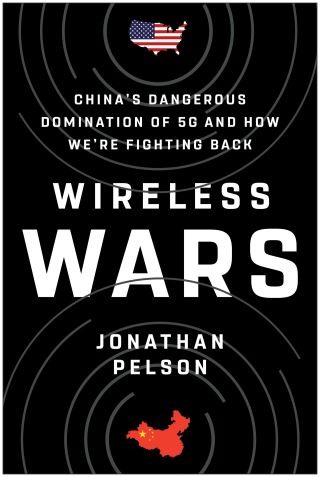 As the world rolls out transformational 5G services, it has become increasingly clear that China may be able to disrupt—or even access—the wireless networks that carry our medical, financial, and even military communications.

This insider story from a telecommunications veteran uncovers how we got into this mess—and how to change the outcome.


In Wireless Wars: China's Dangerous Domination of 5G and How We're Fighting Back, author Jon Pelson explains how America invented cellular technology, taught China how to make the gear, and then handed them the market. Pelson shares never-before-told stories from the executives and scientists who built the industry and describes how China undercut and destroyed competing equipment makers, freeing themselves to export their nation’s network gear—and their surveillance state. He also reveals China’s successful program to purchase the support of the world’s leading political, business, and military figures in their effort to control rival nations’ networks.

What’s more, Pelson draws on his lifelong experience in the telecommunications industry and remarkable access to the sector’s leaders to reveal how innovative companies can take on the Chinese threat and work with counterintelligence and cybersecurity experts to prevent China from closing the trap. He offers unparalleled insights into how 5G impacts businesses, national security and you. Finally, Wireless Wars proposes how America can use its own unique superpower to retake the lead from China.

This book is about more than just 5G wireless services, which enable self-driving cars, advanced telemedicine, and transformational industrial capabilities. It’s about the dangers of placing our most sensitive information into the hands of foreign companies who answer to the Chinese Communist Party. And it’s about the technology giant that China is using to project its power around the world; Huawei, a global super-company that has surged from a local vendor to a $120 billion-a-year behemoth in just a few years.

For anyone curious about the hottest issue at the intersection of technology and geopolitics, Wireless Wars offers an immersive crash course and an unforgettable read.

Jonathan Pelson: After an early career as a writer and marketer with Young & Rubicam, Jonathan Pelson joined Lucent Technologies during the telecom boom of the ‘90s, helping create and market some of the company’s breakthrough technology solutions. He later served as the Chief of Convergence Strategy for British Telecom, developing a global wireless plan for the company. During his time with these and other telecom companies, he traveled to China and saw that country’s fledgling telecommunications companies grow and eventually seize the world lead. With deep personal experience in the sector and rare access to the people who ran the world’s largest telecom companies, he decided to investigate how the lead was lost to the Chinese and what we could do to take it back. Jon has a degree in economics from Dartmouth College and an MBA from the Darden School at the University of Virginia.