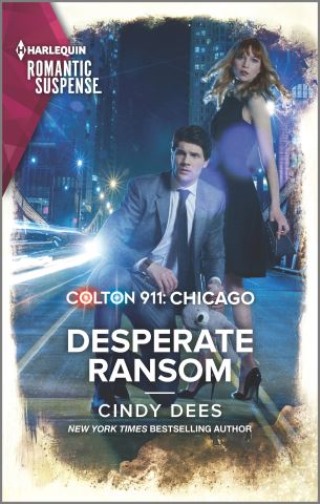 They’re about to live through every parent’s worst nightmare…

Myles Colton’s marriage is in trouble the moment he takes on a case that puts him in harm’s way—yet again. This time, though, it’s his wife, Faith, and their son who become targets. When the little boy is kidnapped, Myles will stop at nothing to bring his child home safe. But is there anything he can do to repair his shattered family?

Feel the excitement in these uplifting romances, part of the Colton 911: Chicago series:

Cindy Dees: Raised on a horse farm in Michigan, Cindy Dees dropped out of high school at 15 to attend the University of Michigan where she earned a B.A. in Russian and East European Studies. She became a U.S. Air Force Pilot, worked at the White House, and was a part-time spy during her military career. Her first novel was published in 2002, and she has published over forty more since then with HRS and HQN. She is a 5-time RITA finalist and 2-time RITA winner and has won numerous other awards.