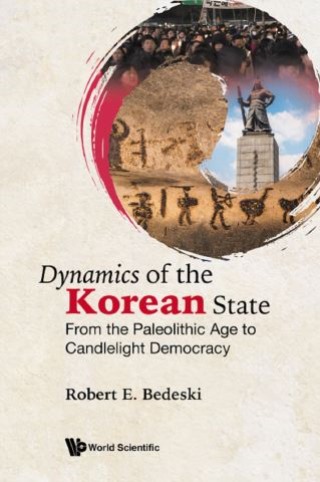 Dynamics of the Korean State

From the Paleolithic Age to Candlelight Democracy

One Korea or two?The persistence of North and South Korea since 1948 has been a source of one war and fears of new wars. Although they share centuries of common culture, society and politics, the two nations differ on fundamentals today: capitalist democracy in the south and totalitarian communism in the north. Dynamics of the Korean State provides a unique overview of how humans treasure their individual lives and how these dynamics intertwine with Korean history and state evolution.The book examines the development of the Korean state from ancient times and sees its roots in the Stone Age struggle for survival. The persistent theme has been to Prolong Life — Postpone Death. Hence, the origins of every state can be found in man's Will-to-Live, and this is demonstrated in the Will/action framework offered by the author. Human Will, not material determinism or divine plan, creates the state. This primary Will generates five other Wills, which motivate actions to culminate in the state and give it a fluidity over time. The six Wills/actions are as follows: Will-to-Live/production; Will-to-Freedom/innovation; Will-to-Power/organization; Will-to-Comply/enforcement; Will-to-Transcend/political vision & religion; and Will-to-Redirect/reform, usurpation, rebellion, revolution. These in combination influence and partially determine state configuration and fluidity, creating order, disorder, war, prosperity, and poverty along the way. This book reveals the undercurrents of Korean society, politics and history from a fresh perspective. Neither pure history nor descriptive politics, it is a significant contribution to a philosophical anthropology paradigm.Contents:

Readership: Scholars and students of Asian affairs as well as political science teachers and researchers. A valuable library and graduate student resource. Would benefit courses on political theory, human security along with Asian history, politics and society. May also be of interest to the general public with an interest in Korea or history, politics and international relations.