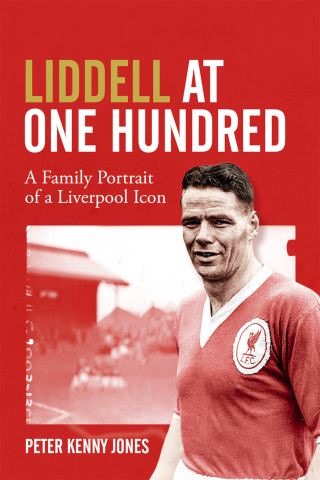 A Family Portrait of a Liverpool Icon

Liddell at One Hundred celebrates the life of Liverpool and Scotland legend Billy Liddell. Born in Fife in 1922, Billy made the move from Scotland to Liverpool at 16, but the Second World War delayed his debut. After serving in the RAF as a navigator, he returned to football and won the league with Liverpool in his first full season with the club after the war. A diehard Red, Billy spent his whole career with the club, scoring 228 times in 534 appearances between 1938 and 1961. He remains the oldest goalscorer in Liverpool's history and their fourth-highest scorer of all time. Liddell spent a decade playing for Scotland and has the honour - alongside Stanley Matthews - of being one of only two men to represent a Great Britain XI more than once. A true sportsman and consummate professional, he was never booked or sent off in his entire footballing career. Liddell at One Hundred brings you the inside story of his life from those who knew him best - friends, supporters, family members and former team-mates.