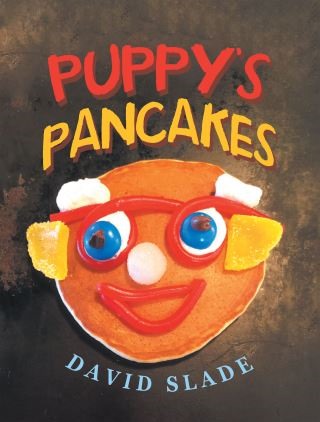 Once there was a grandfather Who had a very strange name: It was Puppy, not Papa or Grampa, And pancakes were his claim to fame. Puppy loves to make pancakes with his grandchildren because of the special bond it creates between them. After he teams with his grandkids to mix the batter, gather utensils and secret ingredients, and grease the griddle, Puppy then introduces them to his favorite pancake friends that include Lucy and the Beast, the Prince, the Frog, Abby the Mermaid, Black Beard and Red Beard, Santa, and many others. Included are short poems and pictures of each pancake followed by detailed instructions on how children can to bring them into being and create their own special pancake friends! Puppy’s Pancakes shares the delightful story of a grandfather who utilizes his artistic cooking skills to teach his grandchildren how to prepare pancakes and make friends in the process.

David Slade: David Slade attended Dartmouth College, Harvard Law School, and the Fletcher School of Law and Diplomacy, followed by a lengthy career in international law based in London, New York, and Washington DC. He and his high school sweetheart wife, Marilyn, share a special relationship with their five grandchildren who often stay with them at their family home on Lake Winnipesaukee in New Hampshire.